Print
Our Lady of the River School

Stay up to date with all of the latest news with SZapp!

Congratulations to Lilly Andrews, Jemilla Dowell, Adam Hunter, Indigo Knowling, Chelsey Rosenzweig, Ally Sweet and Ocea Vallelonga, who celebrated the Sacrament of First Holy Communion in our Parish recently. It was a beautiful celebration of a very special moment in their lives.  We wish them God's richest blessings as they continue on their faith journey. 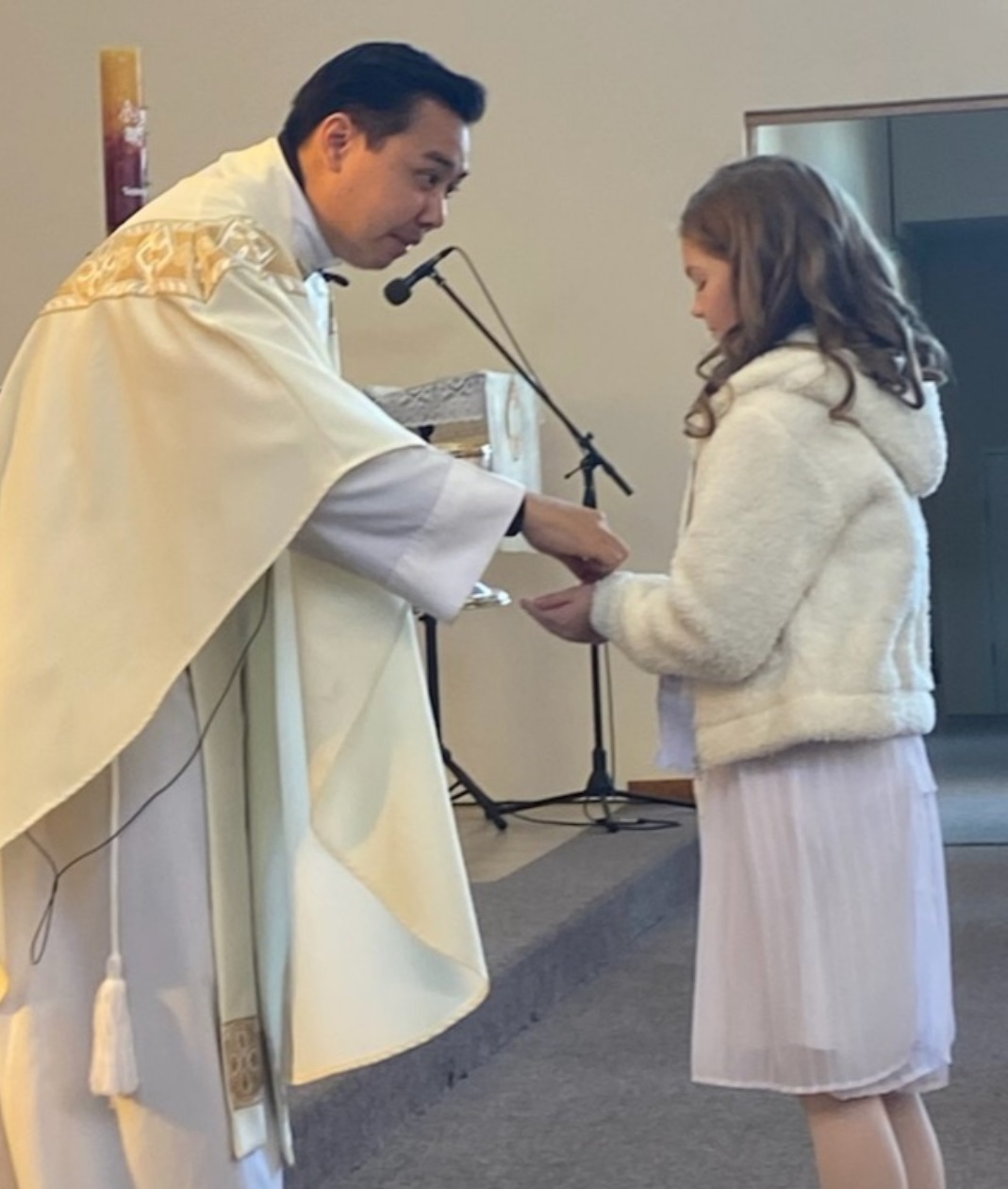 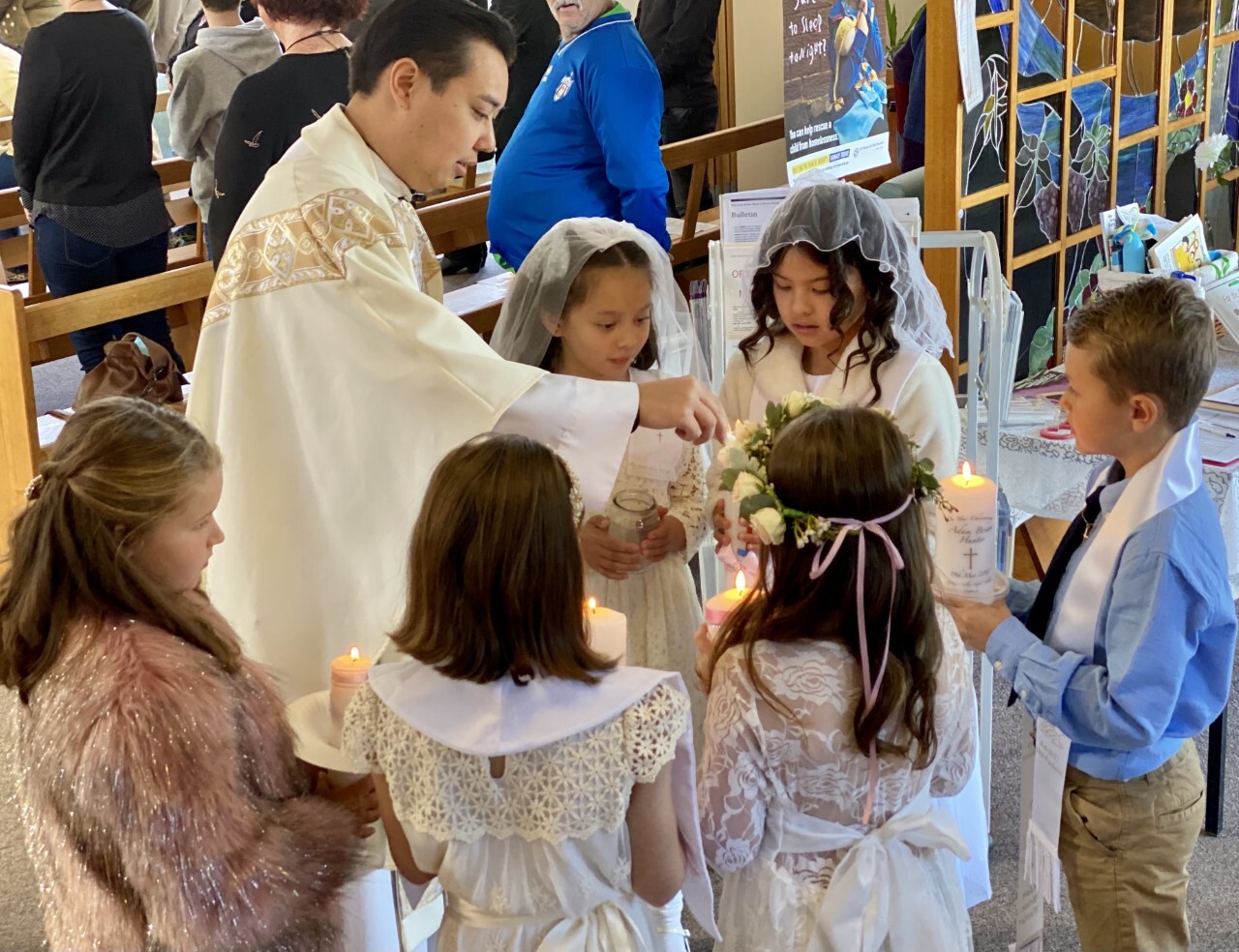 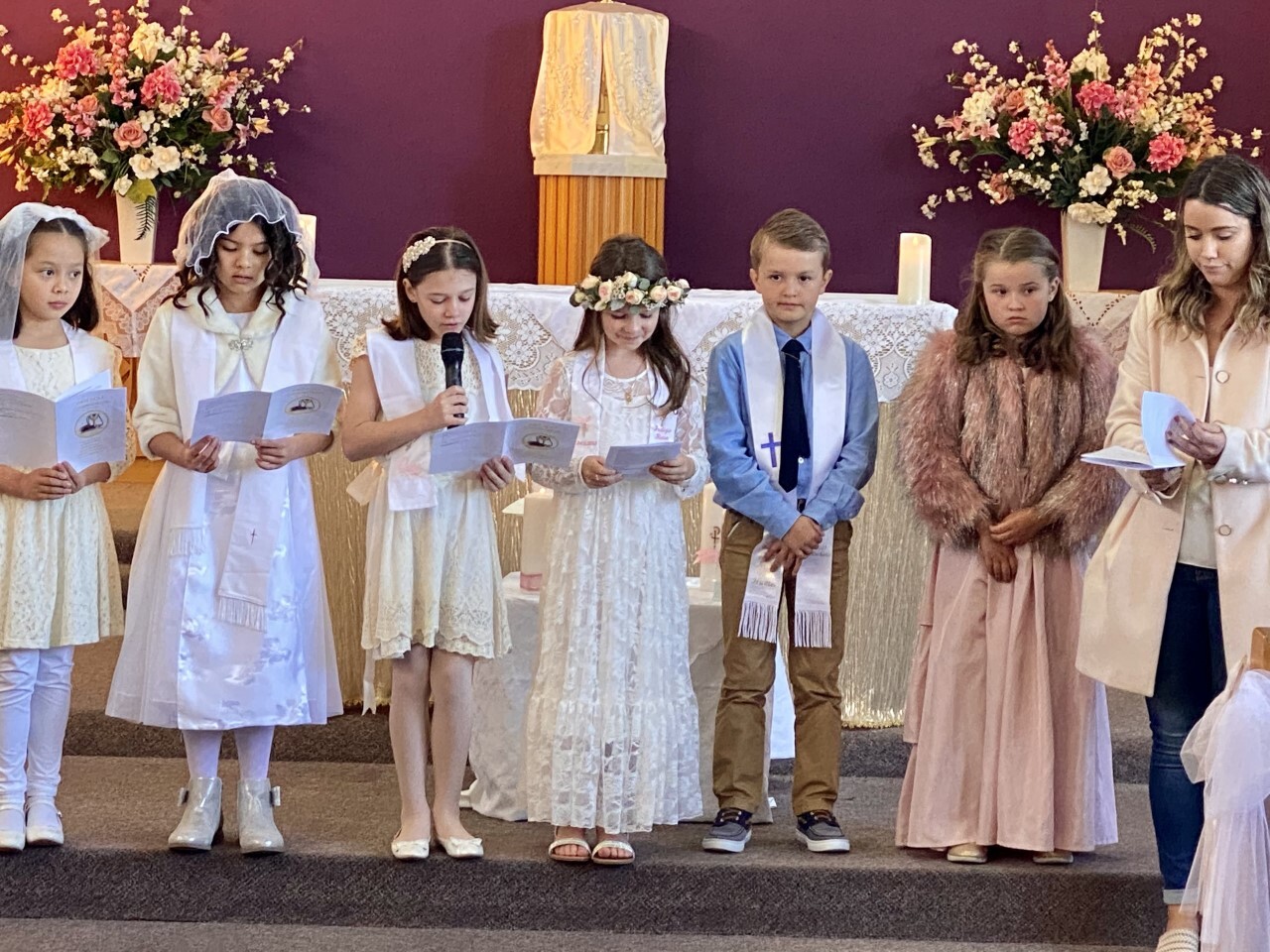 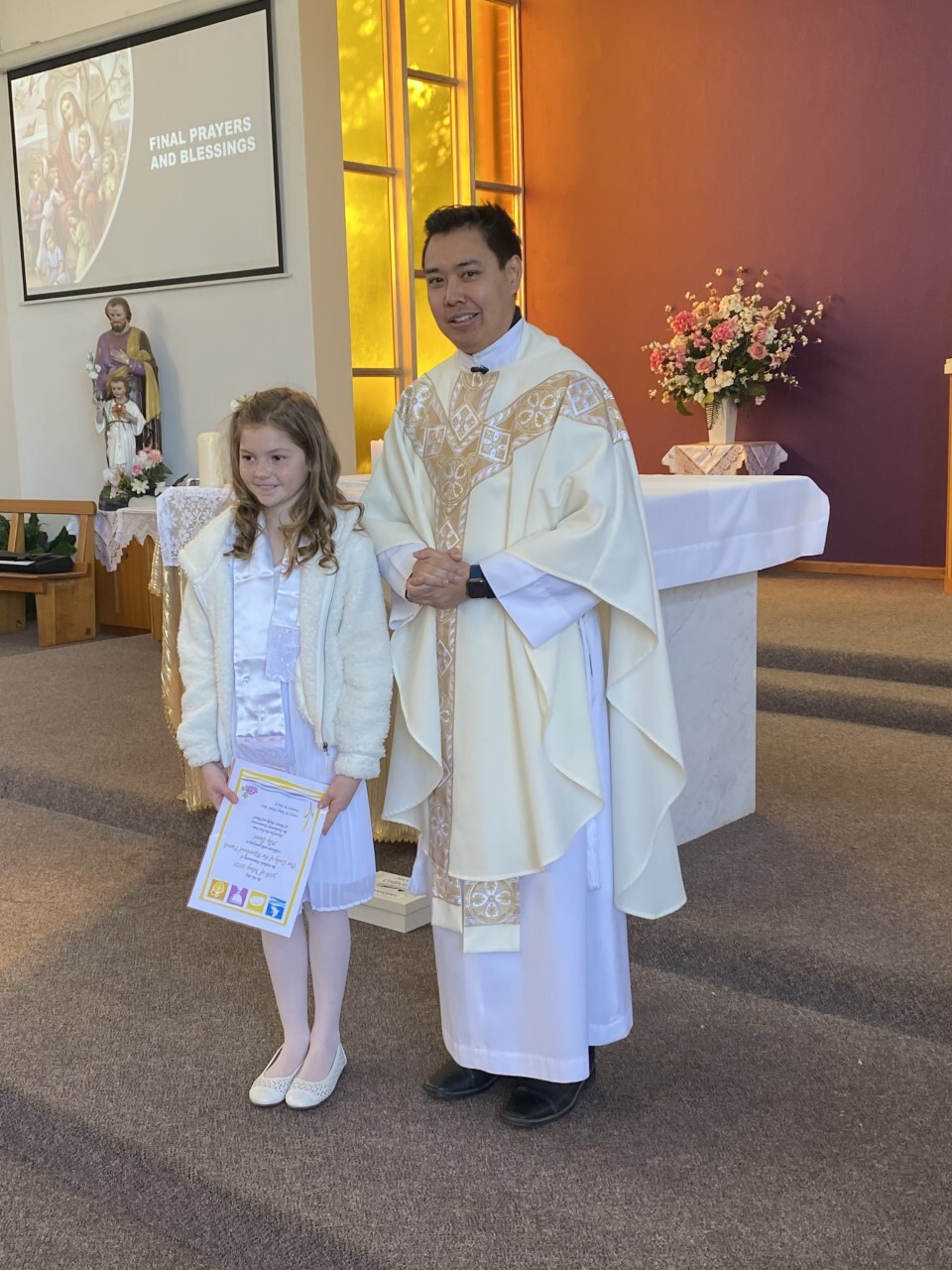 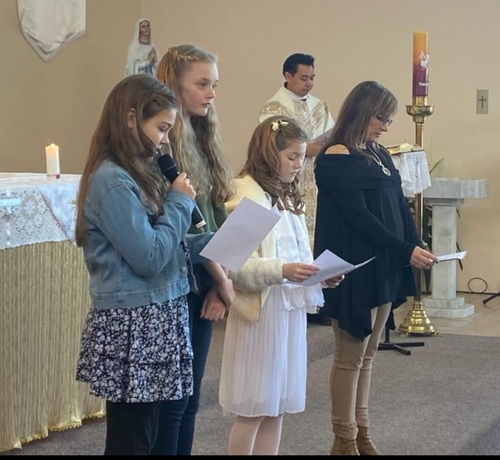 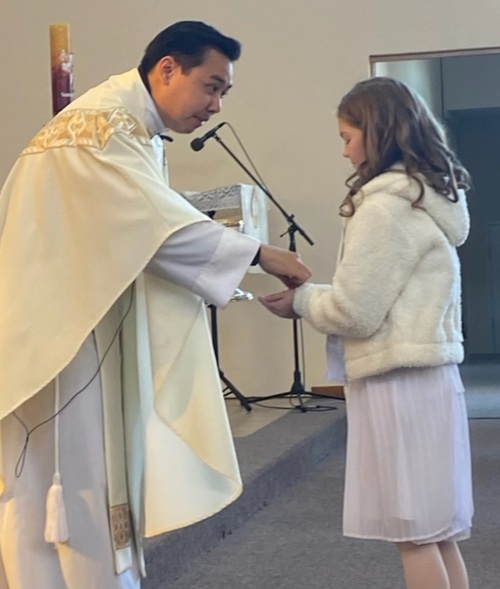 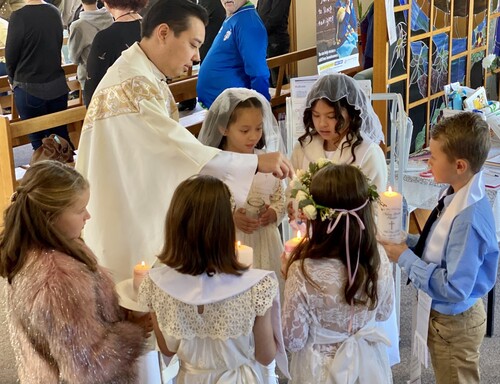 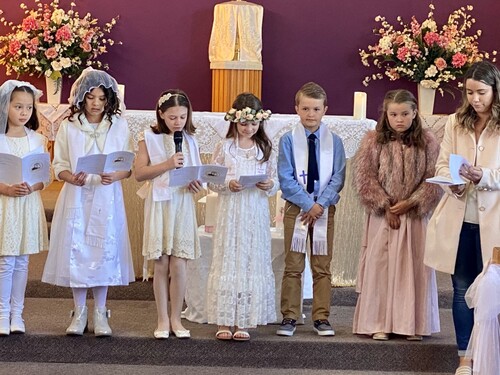 The current edition of the Catholic newspaper put out by the Archdiocese called,' The Southern Cross,' is available at;

Last Thursday, the Year Five Class hosted a whole school Mass on the Theme of Reconciliation. National Reconciliation Week is a time for all Australians to learn about our shared histories, cultures, and achievements and to explore how each of us has a part to play in achieving reconciliation in Australia.

We pray that reconciliation lives in all Australians' hearts, minds, and actions as we move forward, creating a nation strengthened by respectful relationships between the wider Australian community and Aboriginal and Torres Strait Islander peoples.

We ask this in Jesus' name.

May the generous hospitality of God's gracious love be with you always, In the coming weeks, teachers are finalising assessments for the term and preparing Semester One reports. These reports will reflect how your children are going in their learning journey. There should be no surprises on these documents if open communication has been occurring. Classroom teachers will be spending hours collating and ensuring the report reflects accurately how your children have achieved. Remember that these achievements are a year-long process, and we are only approaching halfway. Also, remember that a "C" is not equivalent to an "average". This mark means that your child is achieving at the level they should be for their year level. It takes a great deal of effort to accomplish this. Please don't compare it to when you were at school. Times have changed. I thank my teaching staff for all their efforts in preparing these reports that will go out on Friday, June 25, end of Week 9.

All students are now wearing our warmer components of the School Uniform due to the cold weather.

Parents are reminded that only items of clothing with school emblems are permitted. There are several other types of jumpers and jackets being worn to school which are not part of our school uniform. All items of clothing can be purchased at Tri-State in Renmark.

This winter, all students can wear a beanie, scarves or jackets to and from school but we ask that they are navy in colour. Girls are also permitted to wear their long sports pants on freezing days with their black school shoes. Winter skirts with woollen stockings are preferred, but we acknowledge that these items are difficult to play in for some children.  If you have any questions or difficulties with school uniforms please call me.

Reminder this school holidays for OLOR are 3 weeks

Term 3 – Week 1 (Monday,  July 19 – Friday July 23) – STUDENT FREE DAYS at Our Lady of the River School for staff to attend a Josephite Retreat, Inclusive Education training and teacher observations in Catholic Schools in Adelaide.  These days are approved pupil free days from the School Board. Please note these days in your diary.

'Never see a need without doing something about it.' Blessed Mary Mackillop.

Have a wonderful long-weekend.

Reading is a complex skill and at OLOR, our focus on classroom reading, students engaging in more literature, having a structured morning reading routine, library time, and teachers reading to students every day through Read Alouds is a considerable focus at our school. All this and more is happening in the classrooms daily. To help parents understand how complex the teaching of reading is, I have referenced for you this week, 'The Reading Rope'. 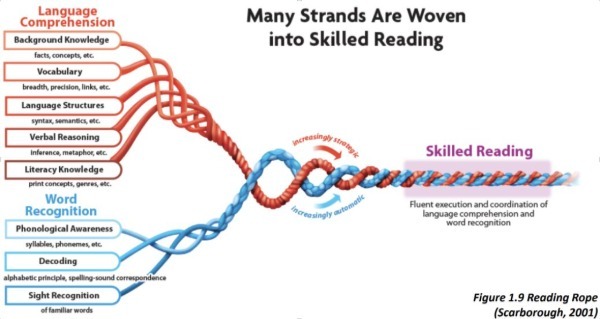 The Reading Rope is a great visual representation of the complexities of learning to read. The rope consists of lower and upper strands. The word-recognition strands (phonological awareness, decoding, and sight recognition of familiar words) work together as the reader becomes accurate, fluent, and increasingly automatic with repetition and practice. Concurrently, the language comprehension strands (background knowledge, vocabulary, language structures, verbal reasoning, and literacy knowledge) reinforce one another and then weave together with the word-recognition strands to produce a skilled reader. This does not happen overnight; it requires instruction and practice over time. You might like to learn more by watching this The Science of Reading Basics, Part 3: Scarborough’s Reading Rope

When sharing stories together at home conversations about the story can support your child in strengthening many of the skills needed to become fluent readers. You might build vocabulary by discussing the meaning of unknown words and searching for these in a dictionary. You can build your child’s background knowledge by making connections between what you read and other stories or your own life experiences. Encouraging your child to retell the main parts of the story will help to develop the literacy knowledge and language structures. This will support children when it comes to experimenting with language features when writing their own texts.

Over the three days, all boys played well, learnt lots and enjoyed playing with other kids across the Riverland and other regions in SA. Bella Gates: Over three days during Week 6, I received the honour for the second year of playing SAPSASA Netball representing the Riverland in Adelaide. We played 9 games in total: 2 on Wednesday, 4 on Thursday and 3 on Friday. The best thing about last week was meeting new people and just getting on the court to play some netball. Unfortunately, we finished last on the leader board, but it was still a good experience. We all gave it a go and had heaps of fun. The positions I played: GK, GD, GS and GA. My personal favourite was GA throughout the carnival.

Tatam hunt: Last week, I got the chance to be a part of the Riverland SAPSASA Netball team with many amazing girls. Unfortunately, we didn’t win any games, but I met a heap of girls. In Adelaide, we played 2 games on Wednesday, 3 on Thursday and 4 on Friday. I loved playing C and WA against all the other teams. I made a bunch of new friends and had a great time with them. I loved playing netball in Adelaide. It was a great time. I was very excited when mum got a message from Renee saying I made the team.

Miley Mitchell: Last week, another couple of girls and I got the opportunity to take a trip down to Adelaide. We got to play nine games in total and lost every game. It was an excellent experience to get to know some new people and make new friends. I love the game and playing at a level like that. It was amazing. I felt like I got to learn so many new things. I can’t explain the feeling I got when I was told that I was in the team. I felt like I was a worldwide champion and that nothing could stop me. At the carnival, I played GA, GS and CD, which I don’t usually play. I would like to thank all the people that supported me in my netball. Next School Board Meeting

Tuesday, June 15 at 6pm in the Multi-purpose Room.

Last week, your child received the latest issue of Scholastic Book Club. If you would like to place an order, please fill in the order form and send with correct money or cheque (made out to OLOR) in an envelope marked with your child's name and class on the front. (OLOR receives a small percentage of sales which goes towards new books for our Library).

Orders being paid by credit card need to be placed online through the Scholastic web site and clicking on LOOP Orders. Orders are due in by Wednesday, 16th June.  Please see Sandy if you have any questions regarding ordering.

The Challenge is well under way for another year and Reading Record Forms went home around the middle of last term.

Students are required to read 12 books to complete the Challenge, 8 of these need to be from the PRC Booklist and at their appropriate level. Completed forms need to be returned to school by 3rd September.  Please visit the website for further details https://premiersreadingchallenge.sa.edu.au

Congratulations and well done to the students who have already completed the Challenge!

The modules covered will be:

You can also find videos, easy to read information and other helpful resources to continue the learning at home on the following link.

For those that missed out on family photos, Focus School Portaits is coming back to the school on the 23 June 2021.

Please let Karlie in the Front Office know if your are interested. Congratulations to the following students who are having a birthday in June: 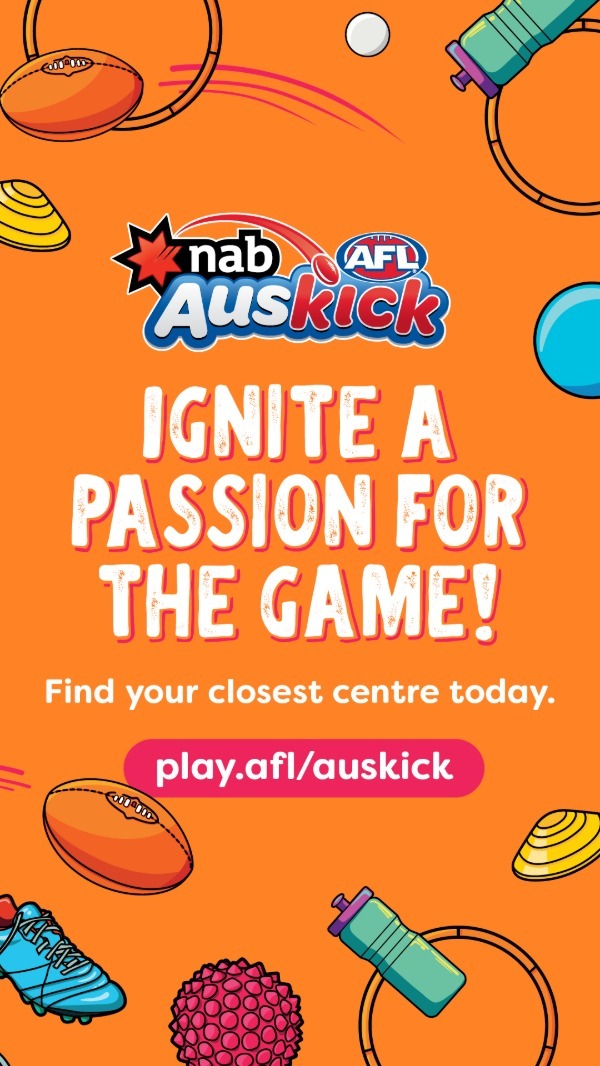